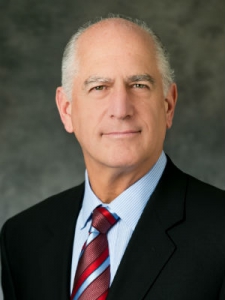 Christopher Dorval has served at the highest levels of business and government.

Appointed by President Clinton as a Vice President of the Export-Import Bank of the United States, he worked to elevate the role exports play in our national economy and forged a strong public profile for the President’s economic team. Quickly moving to the White House, Dorval worked on the North American Free Trade Agreement, the Summit of the Americas, the first WTO in Singapore, and day-to-day trade and economic issues for the President and the National Economic Council.

In 2011, Dorval was asked to join the State Department as a senior advisor to the Secretary of State and represented the United States on global health and other diplomatic issues in Zambia, Uganda, Kenya, Haiti, London and Oslo while managing Congressional relations on Capitol Hill.  At State, Dorval also helped launch Saving Mothers, Giving Life a successful $200 million public-private partnership to decrease maternal and child mortality.

In the private sector, Dorval has represented some of the biggest names in the corporate world on a range of issues including mergers and acquisitions, board and leadership transition, corporate earnings and market positioning, crisis management, image overhaul, rebranding, social media and SEO strategies.

At home or abroad, Dorval focuses on results for clients based on clear direction, decisive action and measurable results.  He takes a 360 degree view of every challenge and charts the right way forward.

Before Congress and federal agencies he has worked on high-profile legislative issues such as immigration reform and trade expansion, and he has advised on sensitive telecommunication and energy licensing issues among other assignments.

For other clients he has led business development efforts in Brazil, and has helped advance the business interests of French and American corporate leaders in Paris and Washington.  He has handled many high profile public figures and individual leaders of governments, businesses, and NGOs through periods of high growth and success. And when required, he has provided a steady hand in a crisis, downturn or turnaround.

Discover How We Work

We are discreet.  We are direct.  We deliver.  Learn More >

We have prepared a number of clients for major public appearances — including the crucible of “60 Minutes”. Often the real challenge is persuading clients that it is not always in their best interest to appear on “60 Minutes” or....